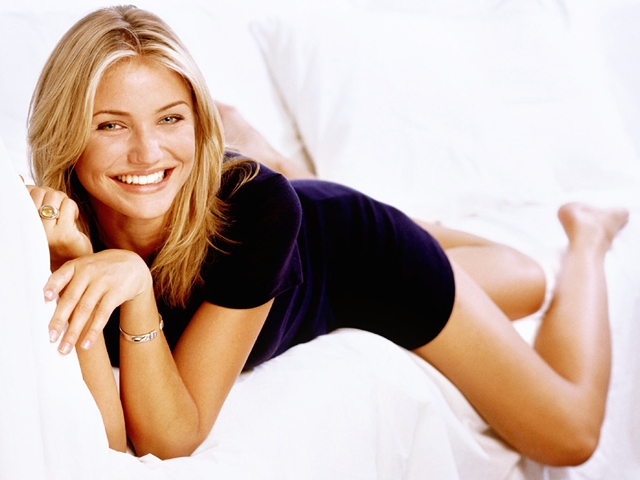 The 40-years-old star Cameron Diaz is known as one of the role models for healthy living in Hollywood. She succeeded in avoiding the unpleasant drug scenes although fame follows her everywhere. What is the secret?

Cameron revealed that it was not easy for her to stay grounded during all these years. But what helps her is that she cleans her own house by herself. And not only. In a recent interview the actress says it is easy for her to escape the dark side of Hollywood and she avoids drugs and other vices by doing different things.

She also admitted that she has been through hard times as most famous people but she found a different way to handle this. ‘Come on Cameron, that’s not who you are’, she said to herself. And we can definitely see that as Diaz is one of the good girls of Hollywood and an example for the young girls around the world.

Cameron don’t behave as a star and says she doesn’t hire people to clean her house. She does that on her own and she even cleans her own toilet. According to her, she can do it better than some professional cleaners.